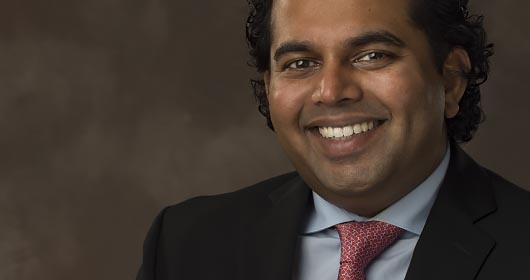 Dr. Skandhan named one of the top hospitalists in the nation

Southeast Health is proud to announce Amith Skandhan, MD, has been named one of the top hospitalists in the nation by the American College of Physicians (ACP).

Dr. Skandhan, internal medicine hospitalist, is one of 10 hospitalists in the nation to receive this prestigious recognition from the ACP Hospitalist magazine. The recipients were nominated by their colleagues and the winners were chosen by the magazine’s editorial board.

He also found that poor documentation not only affects the hospital’s bottom line, but can also lead to poor continuum of care for patients. He said future health care leaders need to know and understand the correlation between poor documentation and continuum of care. It is a message he preaches to medical students at the Alabama College of Osteopathic Medicine as assistant professor of medicine.